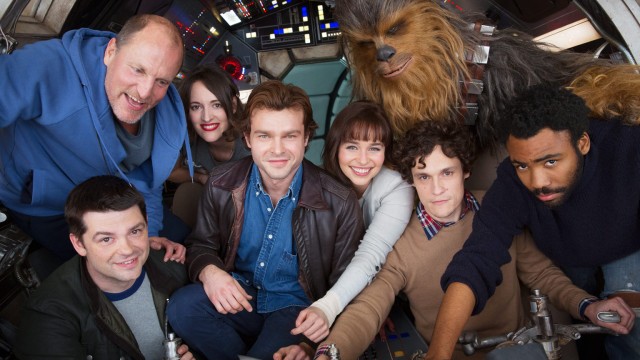 Co-directors Phil Lord and Christopher Miller are seen here in the iconic cockpit of the Millennium Falcon, along with Alden Ehrenreich as brand new, young Han Solo, Woody Harrelson, Emilia Clarke, Donald Glover as Lando Calrissian and Phoebe Waller-Bridge, with Joonas Suotamo as Chewbacca. The intriguing cast also includes Thandie Newton, who must have been off wrestling a gundark when this photo was shot.

The untitled Han Solo Star Wars Story is slated for release on May 25, 2018. Let’s hope they’ve come up with a title by then.