Warner Bros. have now officially announced that Robert Pattinson will star as the Caped Crusader in Matt Reeves’ forthcoming, The Batman.

Rumours flew out earlier this week that Pattinson and Nicholas Hoult were both duking it out in final negotiations as Reeves and Warner’s final choices, and now it looks like Pattinson punched that bit harder, as Deadline have revealed him as the victor.

Little is known about Reeves’ long-in-gestation movie, except that it will focus on the early days of Bruce Wayne as Batman, highlight more of the detective angle of the character (yay!) and that the central villains could be Penguin and Catwoman (again… boo!).

While many still think of Pattinson as “the Twilight guy,” the actor has steadily been turning out a number of critically-acclaimed roles in the past few years in films such as Good Time, Cosmopolis, High Life and The Lighthouse, and has also been cast in Christopher Nolan’s new movie, Tenet.

And director Reeves certainly did sterling work revitalising Fox’s revamp of the Planet of the Apes saga, so there’s much to be intrigued by here.

Shooting is rumoured to take place in the UK this autumn but no release date has been announced for The Batman, so I’ll be sure to light the Bat-Signal as soon as Warner Bros. give the word. 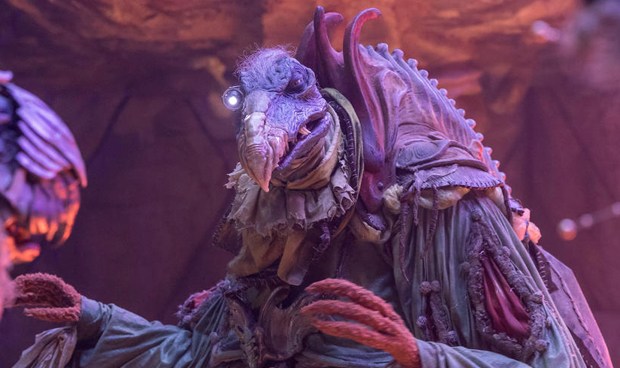 Netflix has just dropped the first full trailer for their sequel to the late Jim Henson’s 1982 movie, The Dark Crystal, Age of Resistance. Check out the trailer here:

While I’m a huge admirer of Henson and of the artistry behind his amazingly creative films such as The Dark Crystal, I’m also not the world’s biggest fantasy fan – despite my myriad of other geek credentials – so I’m approaching this with some wariness.

But I have to say the trailer looks ravishing and has piqued my interest. I’m sure I’ll be catching the first episodes of this ten episode series from the increasingly world-dominating Netflix (at least until Disney launch their rival channel later this year).

Directed by Louis Leterrier (Marvel’s The Incredible Hulk), and featuring the voices of Taron Egerton and Anya Taylor-Joy, The Dark Crystal Age of Resistance launches on August 30th, 2019. 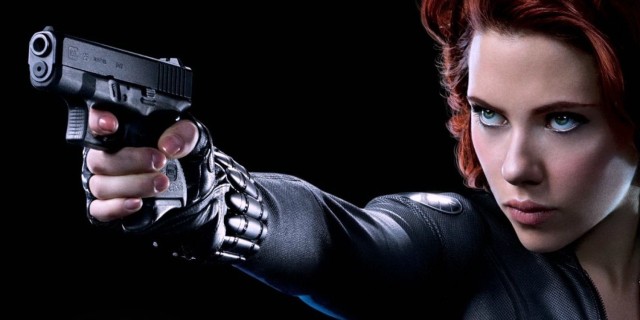 Blue Bayou – the shooting title adopted by Marvel for the production of the first movie in Phase 4 of the Marvel Cinematic Universe, Black Widow, has begun filming here in Norway.

The unit production base has established itself in the small village of Sæbø, in Sunnmøre on the western coast of Norway. The Sagafjord Hotel was overrun with a fleet of trucks as rumours first exploded locally that this was filming for the latest James Bond film (which is actually also shooting here, not too far away on The Atlantic Road and in Rauma, slightly further north in the region).

Per Henry Borch, line producer for Truenorth, the production and service company, confirmed to NRK that the film wasn’t Bond 25 in an effort to stop interested fans swarming to the site, obviously not considering that there might also be plenty of Johansson or Marvel fans ready to make the trip.

But your roving reporter can confirm that trucks, equipment and local signs are festooned with the legend Blue Bayou, revealed back in February as the shooting title for Scarlett Johansson’s first solo outing as Natasha Romanoff, Black Widow.

Local newspapers are suggesting that Sæbø and nearby Bondalen (oh, the irony) are standing in for Romanoff’s childhood home in Russia. 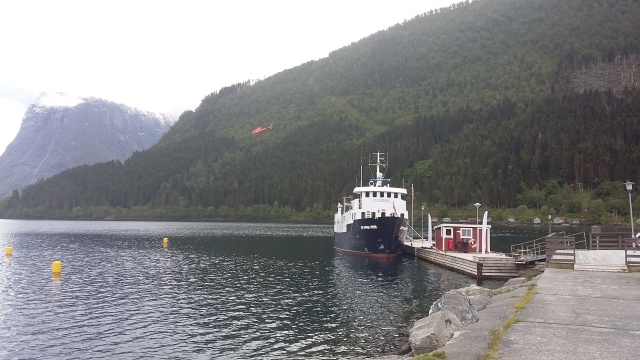 Crewmembers at the base remained tight-lipped and impervious to my requests for the movie’s entire plot-line, but filming will continue throughout the week. Production of the film is based at Pinewood Studios in the UK (as seen in the exclusive photos here), while the film is being directed by Cate Shortland from a script by Jac Schaeffer (Captain Marvel, the forthcoming Vision & Scarlet Witch TV series).

No official release date has been given for Black Widow, but you can be sure you’ll be updated on these pages.

First of all, stop what you’re doing and watch this wonderful new trailer for Quentin Tarantino’s new movie (debuting ahead of its premiere at Cannes)…

Regular followers of this site will already know I’m full-blown down for anything that comes from the mind of Tarantino, and that I’m super vibed for Once Upon A Time In Hollywood (as we’ve been following its production here from those initial casting announcements).

The teaser trailer was great, but this first full trailer, in all its Neil Diamond-glory, literally makes me want to wish away the days until July 26th (but that would mean missing Godzilla: King of the Monsters, so I’ll have to curb my enthusiasm).

Featuring the first proper reveal of Charles Manson (as played by Damon Herriman) and his family on the Spahn Ranch, and the first sense of how this story might play out, it certainly seems that this will be as thrilling (and probably divisive) a ride as we might expect from one of my favourite cinematic provocateurs!

Let’s not even get started on the flame-grilled Nazis…

First of all, let’s get your goosebumps raised with this…

Well, if that doesn’t get you excited for Andy Muschietti’s It: Chapter Two then it’s possible you’re as dead as the old lady in that super-creepy sequence at the beginning of the trailer.

It: Chapter One took pretty much everyone by surprise when it became a box-office smash in 2017, and now the same director is back with a fabulous cast of all-grown-up Derry Losers Club kids including Jessica Chastain, James McAvoy and Bill Hader. Along with the return of Bill Skarsgård’s Pennywise the Clown, of course.

It is a particular favourite book of many Stephen King fans (including me) so we can only hope Muschietti does the same good work on this second chapter. The trailer certainly bodes well, as that sequence between grown-up Beverly and the not-what-she-seems Mrs Kersh got my skin all kinds of crawling.

Let’s get ready to float down here again when It: Chapter Two opens on September 6.