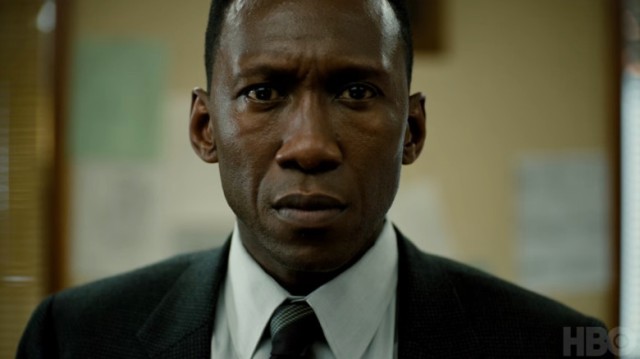 Okay, okay, before you start on me about True Detective Season 2, let’s take a look at this…

Mahershala Ali is worth anybody’s time, but there’s a whole lot more to back up all the mean and moodiness of this hugely enticing trailer: Ali is joined by Ray Fisher, Scott McNairy, Carmen Ejogo and Stephen Dorff, TD creator Nic Pizzollatto has written all but one of this season’s episodes – with the remaining episode written by David Milch, the creator of Out Of Dave’s Head favourite, Deadwood, and Pizzollatto is directing along with Jeremy Saulnier (Green Room and the forthcoming Hold The Dark) and Daniel Sackheim (Game of Thrones, The X-Files), who replaced Saulnier over scheduling conflicts.

So yeah, Season 2 missed the the high mark set by the first season by a considerable margin, though I’m happy to get into a spirited pub discussion with you about the many pleasures still contained in that much-derided sophomore effort.

Season 1 remains one of the best ever pieces of TV drama and has bought more than enough goodwill from me to give this new series a chance, and with all that remarkable talent loaded up both in front of and behind the camera, I’d say it’s time to get excited about True Detective again.