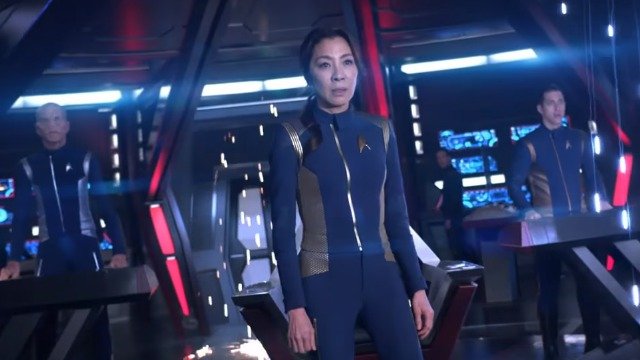 The general reaction to the first trailer for Pramount’s new Star Trek: Discovery series was probably not quite what the studio was hoping for, given it will be the flagship show of the new CBS All Access channel (at least in the U.S., thankfully Netflix have picked it up for pretty much every other territory).

This just released second trailer certainly looks a lot more spectacular, and the line readings are less stilted (though it all still seems rather po-faced for my liking, with little of the sense of fun that made the original series so enjoyable, back in 1966).

There’s also plenty to annoy hardcore Star Trek fans with what appears to be a great deal of retconning going on – considering this is a prequel series to Kirk and Spock’s adventures. Though not as much of a prequel as the oft-derided Enterprise show. Still with me on all this…!?

With a fairly troubled production history to date (including the loss of showrunner, Bryan Fuller), here’s hoping Star Trek: Discovery will find its space legs when it begins airing from September 24th.