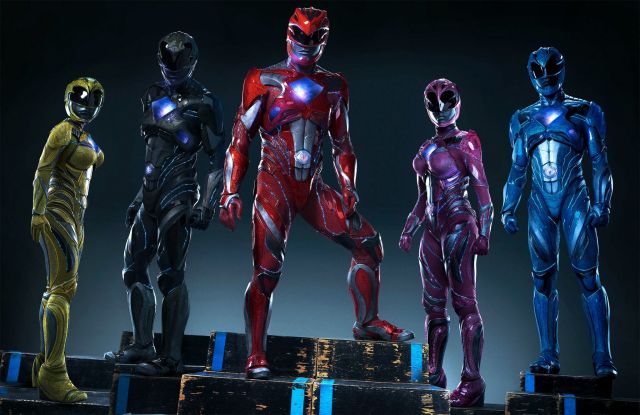 In all honesty I was never a fan of Saban’s hugely popular Mighty Morphin Power Rangers TV show: too shrill, too forced. I’d be much more likely to watch an episode of Kyōryū Sentai Zyuranger, the 16th instalment of Toei’s Super Sentai franchise, from which the American show borrowed footage.

Conversely, I found the movie in 1995 kind of fun to watch with my brain parked firmly in neutral, but not fun enough to make me want to revisit the series.

I’m saying all this by way of admission that it was entirely possible I would not be the target audience for the brand new Power Rangers movie. Regardless, a full trailer has now been released and… well, I have no idea what the heck it is.

There’s your disparate group of good looking teens (“We’re all screw ups!” announces anonymous teen # 4 with all the intensity of a wet weekend in a UK seaside town that’s been closed-up for the winter), there’s a bunch of signposts suggesting they’ll find their way through their screw up-dom to become the heroes they were meant to be, there’s a bunch of rubbish-looking giant CGI thingies doing what they do and there’s a slightly more grimdark version of them all hanging out in their glittered up colour coordinated team outfits. .

Oh, and there’s the much loved Elizabeth Banks as villain, Rita Repulsa. Well, let’s hope she got some kicks out of this, at least. Or at least a new extension to her house.

Frankly, the tone of this trailer is all over the place, starting out with a dark-ish, tormented teen riff on Josh Trank’s Chronicle as they discover they have super powers and ending up with a wisecracking robot sidekick. Who knows what the hell the final film will feel like!?

Anyway, if you’re a fan, here’s your trailer and I hope it’s what you want. I think I’ll just hang on until the next Pacific Rim movie comes along.