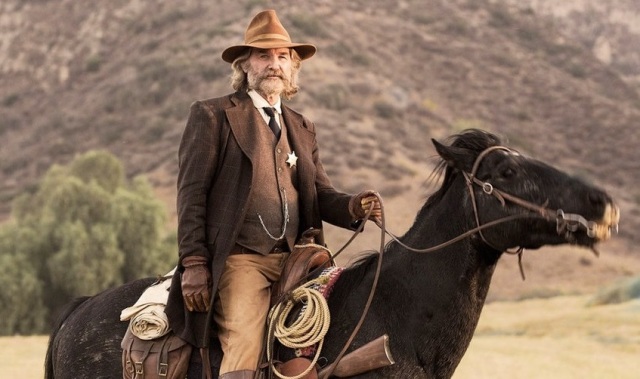 Every now and then a movie comes along that just calls to you, that feels like someone you meet and instantly know will become a friend. When I first read about Bone Tomahawk, a Western/cannibal hybrid with Kurt Russell, I said to myself “That’s a film made just for me if ever I heard of one!” and sure enough, I was thrilled and delighted with this brutal, wonderful gem.

Taking its place in the compact but often interesting genre of horror Western, S. Craig Zahler has stuffed his story with an excellent cast and structures it as a slow build that expertly winds up the tension. Kurt Russell, who just gets better with age, strides through the film with rugged ease (and another magnificently crafted moustache) and leads a posse out into some seriously badlands to retrieve townfolk taken by a raiding party of not-quite-Native American Indians. To say much more would spoil your enjoyment, but the film mixes elements of John Ford’s The Searchers with the gruesome horrors of Cannibal Holocaust and The Descent.

What gives the film its true power is the first hour spent in the company of the townspeople and the posse, deftly giving us characters to care about and root for. Lost’s Matthew Fox, Watchmen’s Patrick Wilson and the always dependable Richard Jenkins all work well together and there is much humour in the journey, making the eventual horrors even more unbearable.

Thankfully, Zahler resists the urge to go by-the-numbers, and the somewhat low key ending feels satisfying for a film that both plays by genre rules while bending them. The film is a great mixture of charm and brutality that won’t win over everyone but will find itself championed by those with a taste for films that stray off the beaten path.

Saddle up and settle in for the ride, just make sure you don’t eat while you’re watching.

One thought on “Did that come out already!? – Bone Tomahawk”