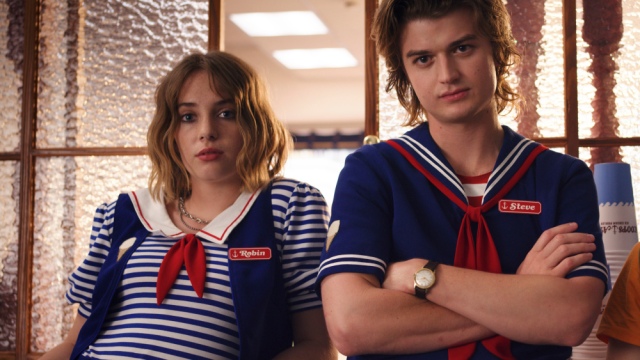 Ante K. Lundberg guides you through a personal list of films that inspired and informed Stranger Things, plus some his own choices, just for fun.

So you’ve finished the latest season of Stranger Things, and you’re looking to fill that hole in your heart it’s left you? Well, you’re not alone. As a child of the 1980s, I find myself in the middle of a resurgence of film, television, video games and music made by my generation that is inspired by the 80’s. And it’s beautiful.

I was born in 1985, the year of a certain summer in the town of Hawkins, as seen in Stranger Things 3. Notable cinema releases that year included true classics such as Back to the Future, The Breakfast Club, Day of the Dead, Weird Science – and many more.

As requested by the ancient editor of Out of Dave’s Head, I’ve gathered a list of recommended films for viewing if you, like me, just can’t get enough of the ‘80s love that is happening right now. Some of the films on here have inspired the Duffer Brothers in creating and writing Stranger Things, others are just perfect examples of wonderful ‘80s cinema. These are the real deal, friends, so put on your Walkman, rewind that tape, and let’s get to it!

A group of young friends discovering who they are, the meaning of friendship, and life lessons? Check. Walking along a railway? Check. Small town thugs terrorizing our teen heroes? Check. While set in the 1950s, Stand By Me is an ‘80s film through and through, with a cast including young Wil Wheaton, River Phoenix, Corey Feldman, John Cusack and Kiefer Sutherland! Based on a novella (The Body) by legendary author Stephen King, Stand By Me is a genuine, grade A classic, full of character, fun and heart.

There’s hardly a more ‘80s-looking and sounding film than The Lost Boys. This is the whole package; the music, the costumes, the hair. It also has Tim Capello shaking his sweaty, muscular hips and saxophone, and a healthy dose of teenage vampires living forever, led by (there he is again) a young, menacing Kiefer Sutherland, the hilariously bad vampire hunters the Frog Brothers (featuring that other ‘80s Corey… Haim), and a cracking, fast pace. Trust me, you won’t be bored by this one.

I’m not in any way saying you shouldn’t see the original Evil Dead, but the sequel not only (kinda sorta) recreated the first film in the intro, it went way beyond the original with a fantastic combination of fear, blood and laughs. If you’re looking for one of the most hilariously over-the-top splatter comedies out there, Evil Dead 2 simply set the bar. Bruce Campbell’s performance is one for the ages, with some of the most amazing physical comedy ever put on film. It’s not without reason his wonderfully awkward-yet-badass leading chin Ash Williams got more films and recently a series, Ash vs Evil Dead – which is also well worth a watch! In addition, fans of Stranger Things 3 will find the cabin-under-siege setting nicely familiar!

James Cameron has made two of the finest sequels ever in Aliens and Terminator 2 Judgment Day (and I haven’t even mentioned Stranger Things 3’s HUGE homage to The Terminator… oh wait, I just did). It’s common knowledge that in Aliens, the tight spaceship corridors first established in Ridley Scott’s masterpiece Alien are expanded to play host to some of the best action sequences put to film.

Aliens is a perfect mix made up of one part great production design, one part a superb cast of character actors playing a ragtag group of soldiers (including Bill Paxton and Michael Biehn – who would be a great addition to the Stranger Things cast!), one part body horror and huge parts action, all flavoured with a beautiful mother/adopted daughter relationship.

Add to that mix a scheming Paul Reiser (none other than Stranger Things 2’s Dr. Sam Owens), on great form as the company man more ruthless than the titular Aliens could ever hope to be, you’ll be hooked before you can say “game over”.

I mean, really, John Carpenter in general, but in particular….

One of my favourite films is John Carpenter’s The Thing. Another claustrophobic body horror, set in an isolated location the characters can’t escape (see also Aliens, above), the mood in The Thing is unrivaled thanks to Carpenter’s direction and Rob Bottin’s incredible, practical animatronic work on the title creature.

Another great contribution from Carpenter, too often overlooked, is In the Mouth of Madness (1994 – yes, I’m cheating to include this, I know!), a horrifying Lovecraft-inspired film with lots of potential friends for Stranger Things’ Demogorgon.

In fact I would bet several films in Carpenter’s catalogue have inspired the Duffer Brothers in some way, as his body of work is chock-full of classics that I implore you to seek out and watch, including Escape from New York, Halloween, The Fog, Christine, Prince of Darkness and more.

Carpenter’s scores, often written and performed by the man himself, are also a huge inspiration for the Stranger Things soundtrack composers, Kyle Dixon and Michael Stein.

Yeah, you heard me. John Hughes had an incredibly creative output, and most of his stuff really is the beating pulse of ‘80s cinema. Writing and/or directing classics like The Breakfast Club, Sixteen Candles, Ferris Bueller’s Day Off, Weird Science and Pretty in Pink, he leaves us quite the legacy of movies that nicely illustrate the trials and tribulations of the teen years.

Although time has not been perfectly kind to all these films (especially in the female characters department), the look and feel are true ‘80s, unbeatably so. I recommended starting with The Breakfast Club, where you will at least have seen the gif of a totally ’80s tough guy raising his fist victoriously in the air, from one of the film’s many classic moments. “Don’t you forget about me” indeed…

George A. Romero pretty much invented the modern zombie (sans the running) with his slow, lumbering packs of dread in Night of the Living Dead (1968), Dawn of the Dead (1978) and Day of the Dead. All three should be considered classics in their own right and can be watched separately or as part of a saga where – not really spoiler alert – things do not bode well for mankind.

In Day of the Dead, odds are not in our favour, as the zombies outnumber us and the remaining human population hide in shelters, trying to find a way to survive. Romero’s zombie films are part visceral horror, part social commentary (stop teasing the zombies, really!) and, as usual, it seems our biggest threat is each other. Day’s opening sequence also plays a big part in the opening episode of Stranger Things 3.

Personally, I’m not a big fan of The Goonies but it’s considered by many as an essential watch, and certainly is a Duffer Brothers touchstone for their Netflix show. If you’re after a “kids on a mission” film filled with adventure, treasure and danger, then look no further, and it features Sean Astin, Stranger Things’ lovable Bob, years before he was a Hobbit for Peter Jackson.

Tonally, Stranger Things owes a lot to Steven Spielberg’s lovable ET. The little guy is stuck somewhere he doesn’t belong, and is just trying to get home, despite the government suits doing their best to stop him. Cue the brilliant and inventive 80’s kids (see an ongoing motif here?) doing their damndest with what they have by hand. The film also includes that legendary bike sequence, glaringly referenced in the first season of Stranger Things.

A fabulous and fun creature feature starring young Charles George Hildenbrandt (the son of one of the Hildenbrandt Brothers, who painted the legendary fantasy-style poster for Star Wars in 1977, as well as the poster for this movie).

The plot concerns a crash-landed alien that finds refuge in the basement of a house and grows to monstrous proportions, and the plucky band of teenagers who do battle with it. The many ghastly teeth of the monster here sure do look a whole lot like the ghastly teeth of the Mind Flayer from Stranger Things 3.

All Ken Russell films are worth your time, but Altered States, Russell’s adaptation of the Paddy Chayefsky novel, will particularly resonate with fans of Stranger Things 3, as it runs with the idea that sensory deprivation tanks (as used by Eleven in the show) can activate hidden parts of the brain. But boy, Russell takes things in a totally wild direction that will blow your mind.

I can only imagine the feeling of seeing this particular nightmare in a cinema in the 80’s (Editor’s Note: It was pretty darn good!). The now iconic Freddy Krueger was an inescapable foe, terrorizing the dreams of poor teens with knives-for-fingers and a serious case of bad skin day.

I was late to the Elm Street party and, seeing it at an older age, I found myself really digging the over-the-top scenery chewing performance from Robert Englund as Freddy. Definitely worth a watch, even though “you’ll never sleep again!”

I can’t really recommend Tommy Lee Wallace’s IT miniseries from 1990, which time hasn’t treated well. The acting is wooden (Tim Curry not included, he is great), the pacing is slow and the effects are completely outdated (Editor’s Note: this calls for fisticuffs in the pub later, Lundberg). But it does have the loser’s club camaraderie seen in Stranger Things and, I’m willing to bet, was a childhood watch for the Duffer Brothers.

Rather, DO give the book a read, even if it is a long one, or see Andy Muschietti’s new two-film version that is in turn set in the ’80s and inspired by the same palette as Stranger Things. You can watch the trailer for IT Chapter Two here.

Mullets, big-haired teens in pastel and neon clothes, muscle cars and BIG songs might have defined the decade, but the ‘80s have so much more going for them in terms of entertainment. And if Stranger Things has left you with a hankering to revisit those years, this list will be a good place to begin!

Ante K. Lundberg is a movie and music buff from the fjords of western Norway. Living with his wife and two small children, he longs for the day when he yet again will be able to binge watch a series.

He wrote this essay on a straight regime of pitch black coffee, Meteor and Gunship on vinyl, and several (imaginary) training montages.